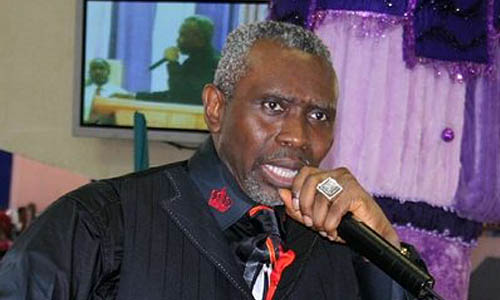 By PHILIBUS DAUDA, Kaduna
Kaduna State Governor, Malam Nasir el-Rufai’s infamous bill aimed at regulating religious preaching will be facing stiff opposition as prominent Christian Leaders from all over Kaduna State converged at the Dominion Hall, Monday for a secret meeting to brainstorm on how to kill the bill.
AUTHENTIC News Daily observed that those in attendance at the meeting which did not extend invitation to the media for coverage and barred our correspondent from recording the comments at the gathering.
When contacted to comment on the resolution of the meeting after they ended their deliberation, Kaduna State Christian Association of Nigeria (CAN) Chairman, Bishop George Dodo told our correspondent that for now what was discussed was not meant for public consumption.
When he was further probed to say something, he said that he was not in position to spea to the press on the matter, but that the Kaduna State Government and the state House of Assembly would receive letters from the umbrella body of Christians in the state in less than two weeks from now.
But a prominent Pastor in Kaduna who spoke off record, said that all efforts will be made at ensuring what he termed ‘anti-people’ bill from seeing the light of the day.
He said that Christian faith is being targeted by the bill and the leaders will not hesitate to channel all their energies into frustrating the bill.
“People may not know what we are fighting for now, but I can assure you that not just Christians are targeted by this bill, it also affects the Muslims, it is just that Christians are more affected,” he added.
The gathering attracted all Christians that are members of the Kaduna State House of Assembly, top Pastors from all the big churches in the state as well as some human right organisations with Christian background.
From what was observed, el-Rufai may have to do away with the bill based on the number of people and organizations vehemently kicking against it.

Anyone, Community Caught Collaborating With Boko Haram/ISWAP Will Be Dealt With Decisively, – Army