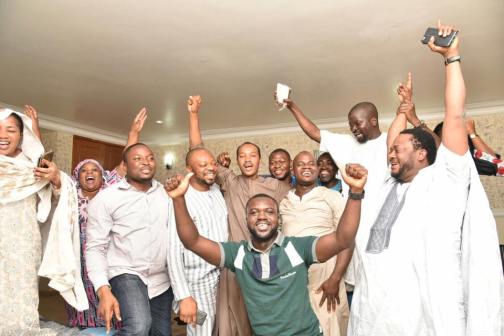 By Chris Suleiman, Abuja
Emergence of Governor Yahaya Bello of Kogi State would prove that Nigerian youths are ready to take responsibility,  his Chief of Staff, David Onoja has revealed.
Onoja who was speaking on a Channels Television programme State of The Nation said the general saying that the youth are leaders of tomorrow has ended in Kogi state with the emergence of governor Bello, a young man who is now Kogi State Governor..
According to him, the governor is ready to move the state to the next level as such developed a master plan to move Kogi state out of its present status of civil service state  to a vibrant commercial state.
He said the long time issues of tribal and religious sentiment that has held the state back would not feature in Yahaya Bello’s administration as the younger generation in the state has decided to jettison such primitive nd retrogresive idea to chat a new course for the development of the state.
“When the governor emerged he sent consultants to all the local governments of the state to get the feeling of the people of the state, which was what  gave birth to a document in three volumes which is going to serve as a blueprint for the development of the  various sectors of the state economy.
According to him, the governor has gladly accepted the offer of the immediate past governor of the state, Captain Idris Wada to work with him and that the governor is also open to accept to work with James Falake in order to move the state forward.
He said Kogi state would take advantage of the geographical location of the state as the gateway of the southern and northern part of the country. Adding that Agriculture, mining and commercial activities are key areas the government is looking at to boost the state economy and create employment for the teeming youth of the state.

Matawalle Directs Zamfara Banks To Use Sanitisers At ATMs