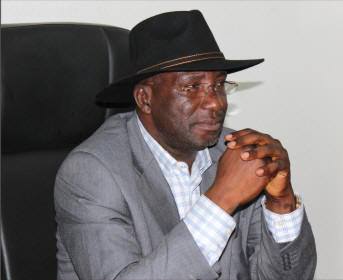 By PRECIOUS IBNABO DAVIDS, Port Harcourt
Shocked and saddened by the reckless killings in Omoku, Ogba/Egbema/Ndoni Local Government Area of Rivers State which continued over the weekend, the State chairman of the Peoples Democratic Party, PDP, Bro Felix Obuah says it’s condemnable and unacceptable.
In a statement signed by his Special Adviser on Media and Publicity, Jerry Needam, the state’s PDP Boss in an emotion laden voice while speaking to newsmen in Port Harcourt described the resurgence of killings among his kinsmen as abominable and sheer madness.
Bro Obuah wondered why all the entreaties by the state Governor, Chief Barr Nyesom Wike to all the warring youths in Omoku during his visit to the area a few weeks ago could be so flagrantly violated as though they gain anything from killing one another.
Describing the weekend onslaught as one too many, he urged the police to beef up security around the area and all parts of the State and further urged them to fish out perpetrators of the heinous acts and bring them to book.
While sympathizing with victims of the attack, the Rivers PDP Chairman, advised the police to step up their intelligence gathering in order to prevent further attacks and killings of Rivers people.
‘’My heart goes out to those that lost their lives and loved ones in this tragic event’’, Bro Obuah said.
Bro Obuah further urged politicians to join hands with Governor Nyesom Wike to keep the State peaceful and secure from the hands of criminals, rather than trading blames and politicking with insecurity of any kind in the State.
He regretted that rather than join in the fight against criminality and insecurity in the State, some politicians, particularly, chieftains of the All Progressives Congress, APC have used it to play politics.
Bro Obuah reiterated his crusade for a free and peaceful State devoid of crimes, stressing that he cannot be part of anything that would take someone’s life.
He assured that the PDP would continue to preach against violence and criminality in the State, and would not support evil in whatever guise.
It would be recalled that a number of people lost their lives during the unfortunate weekend attack including one Isaac Ikechukwu Chinedu, PDP Chairman in Obite, Chinedu Saidey, Ward 9 PDP Assistant Secretary from Oboburu Community, Franklyn Nkukuru Obi, APC Ward 4 chairman, his wife and son.