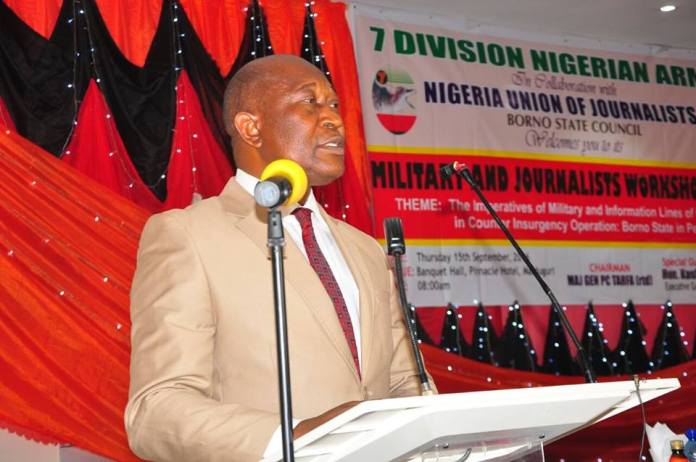 Headquarters 7 Division Nigerian Army in collaboration with Nigeria Union of Journalists (Borno State Council) held a one day Military-Journalists Workshop for Media and Military personnel in Maiduguri.
Speaking at the event, the Executive Governor of Borno State Hon Kashim Shettima stated that “this workshop of synergy between the media and the military is one of the best steps ever adopted by the Nigerian Army and the Nigeria Union of Journalists in the ongoing effort to finish the fight against Boko Haram”. 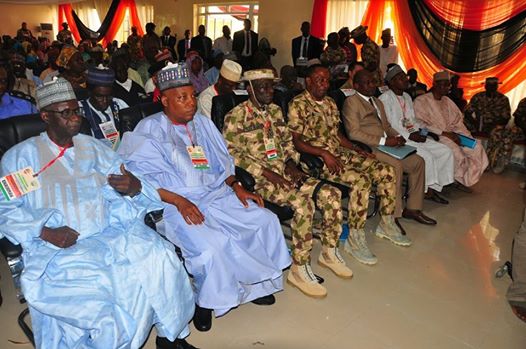 He therefore called on the journalists to see themselves as important stakeholders in national security; as individuals who have a role to play in discouraging the propaganda of Boko Haram”.
One of the guest speakers, a seasoned Military-Media practitioner Major General Chris Olukolade (Rtd) said “While it is true that terrorism must be reported, it has become necessary for the media to prove its patriotism by re-evaluating and changing its rhetoric when covering terrorism related news and stories”.
In the same vein, the President of Nigeria Union of Journalists (NUJ) Comrade Abdulwaheed Odusile while commending the 7 Division Nigerian Army especially the Acting General Officer Commanding Brigadier General Victor Ezugwu for the brilliant idea of hosting a joint workshop with journalists stressed that “Journalists should also be granted access to information in the course of performing their duties, however, they should also use such information responsibly to ensure peace, promote growth, development and national unity.”
The workshop was chaired by Major General Paul Tarfa (Rtd) and in attendance were seasoned political leaders, media moguls and several commanders and personnel from all security agencies within Borno State. 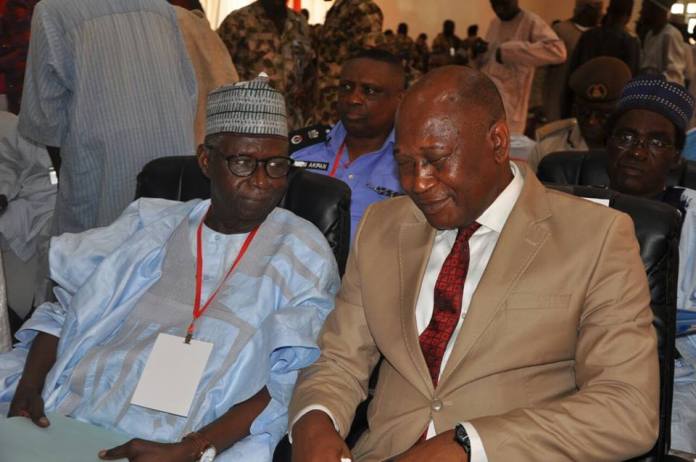