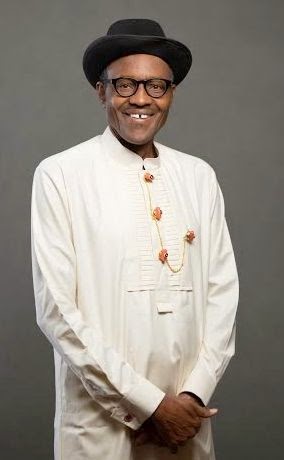 By Chris Suleiman, AbujaOtueke, the home town of the immediate past President of Nigeria, Goodluck. Jonathan was agog recently when the Minister of Water Resources, Engineer Suleiman Adamu led the Federal Government’s team and  other stakeholders in the water sector to commission a N5.9 billion water Project in Central Ogbia Local Government Area of Bayelsa State.The Central Ogbia Regional Water Supply is water supply scheme with a plant capacity of 500m3/hr aimed to serve  about 130,000 people residing in  thirteen communities of the local government.The project was initiated in 2011 during the reign of President Goodluck Jonathan, but was not completed to the end of his administration. This  situation however, subjected the benefiting communities to a disturbing situation until recently when the project was commissioned.About 57 million Nigerian citizens have no access to potable drinking water sanitation a survey has shown. And recently, President Muhammadu Buhari approved a Roadmap for the ministry of Water Resources which captured immediate and long term strategies for effective and efficient delivery of water services to the populace.The Federal Government led by President Muhammadu Buhari however said the drive to complete the Central Ogbia Water project was a direct respond to the deplorable water situation in the area coupled with the desire to improve the living standard of the Central Ogbia people in consideration of the contribution of the region in the political and socio-economic development of the country.Affirming this, the Minister of Water Resources,  Suleiman Adamu said a major commitment of President Buhari administration is to improve the well-being of the citizens. According to him, “adequate water supply for human and livestock consumption as well as other uses is a crucial aspect of socio-economic development and its availability in sufficient quantity and quality is a steps towards delivery of qualitative life to to the citizenry.Adamu also said, “The project that we are commissioning today is among the high. Priority projects for water supply. This project commissioning therefore further demonstrates that Buhari administration is committed to completing all viable projects that have positive impact on the lives of our people, without any political sentiment.” Indeed, ours is a responsible and responsive government, which recognizes the imperative to continue with policies and programmes that are beneficial to the country, while only modifying and jettisoning those policies and programmes which do not resonate with current realities and those that are of no significant benefit to, or are against the overall interest of the citizenry and the nation.Adamu added that, “Provision of water supply is the responsibility of the three tiers of government; Federal, State and Local Governments.  The Federal Government, through the Ministry of Water Resources, provide the overall policy framework, general coordination, monitoring and evaluation. The state and local government re expected to provide potable water to the citizens living in the urban nd rural areas respectively, within the established federal policy framework.Available records shows that the Central Ogbia  water projects was conceived with the aim of reducing the incidences of water diseases through the provision of sustainable potable water supply. Thirteen communities including Otueke would benefit from the project. The other communities to benefit include; Otuwabe, Onuwabun, Emayal I, Emayal II, Otukpti, Otuegori, Agbura, Ewoi, Emiringi, Kolo I, Kolo II nd Kolo III.For optimal utilisation of the project, six boreholes were drilled to a depth of 250 metres each for raw water supply to treatment plant, water treatment plant with installed capacity of 3,6000m3/day consisting of sedimentation/Aeration tanks, filtration and dosing unit to treat the raw water to the drinking standard. Construction of a total of 138 kilometres of pipeline of various sizes from the water treatment plant to the various villages as well as provision of 35 fetching points in each of the thirteen communities making a total of. 455 fetching points.According to the Federal Director of Water Supply, Federal Ministry of Water Resources, Engr. Ajisegiri Benson, the project gulped a total of N5,886,927,480, with a total design capacity of 3.6 million litres!day which is adequate to to serve a population of over 120,000 people living in Tueke nd twelve other benefiting communities of the Central Ogbia Local Government area of Bayelsa State.For proper management and maintenance of the project, twelve operational staff of the Bayelsa state Water Board were trained on the various aspects of the scheme while the contractors were also directed to run the water scheme for two months alongside the trained staff.Responding to Federal Government gesture, Bayelsa State Governor Seriake Dickson who was represented by the secretary to Bayelsa State Government, Mr. Serena Dokubo commended the Federal Government for the laudable projects. He demanded that other communities in the state are begging for similar projects.While Senator Ben Murray-Bruce described the project as a life-saving effort stressing that “lives were saved everytime water is given to the people. Bruce gave assurance that the government would maintain and keep to standard the project has its been handed over to the state.Like the Minister said “The Federal Government has been intervening in the provision of water facilities to both urban and rural ares in many states, so as to improve the level of water access in the country towards meeting internationally set targets. In all the ares of completed water projects, the Federal Government or communities through their established water, sanitation and hygiene committee (WASHCOMs), for appropriate operation and maintenance of the facilities. Today is the turn of Central Ogbia Regional Water Scheme to be handed over to Bayelsa State Government, in mint condition.