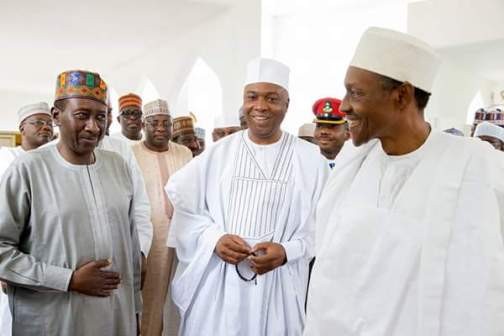 By Chris Suleiman, AbujaNigeria would soon witnessed one of the biggest protest against government institution demanding amendment in the way business of governance is be conducted, a group named. #BETHECHANGE Organisation has revealed.The group in its maiden rally held at the Unity Fountain in Abuja on Wednesday lamented the present rate of poverty and suffering in the country, which they attributed to the mad-administration of previous government.
Learn how you can earn at least $500 from the comfort of your home by clicking this link: http://TheTasksPay.com/?g=143814
They however threatened that their first onslaught would be against the National Assembly tagged #OCCUPYNASSUNLTD, which they said is one of the series of campaigns against government institution slowing the cause of actualising the promised change by the administration of President Muhammadu Buhari.According to the statement ” With PMB, we have a golden opportunity to launch n all-out assault on those arms of government that are failing the people; we have an opportunity to make our voices heard loud in all corners of this country and the corridors of power.They further revealed that in few weeks time the group would mobilise its members across the various zones for the country to meet in Abuja to begin what they described as a national duty of occupying until good governance returns to Nigeria political arena.They added that “we are calling for mass actions against the Nigeria National Assembly first and all other government agencies failing our people and threatening our survival.“Already, thousands are mobilizing to reclaim our country from political criminality and those who are indifferent to governance. This will be our biggest Be The Change Organisation biggest efforts yet after the election of PMB in 2015.The group pointed out 20-item demand list that they would forced the National Assembly members to change, among, which are; elimination of the immunity clause for all Executive public officials facing criminal matters, elimination of Constituency projects, made public budget of the national assembly, demand restructuring and down-ward review of salaries and other benefits of National Assembly members among other demands.
Learn how you can earn at least $500 from the comfort of your home by clicking this link: http://TheTasksPay.com/?g=143814