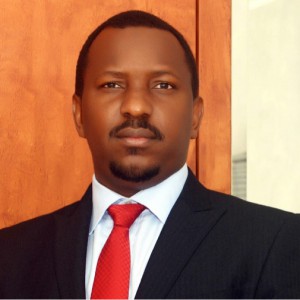 ” The time has come for all peace loving and law abiding Nigerians to stand up against the continued intimidation of private citizens and institutions using both fabricated and/or void court orders as well as people whose status as police officers raises doubt.”
The Nigeria Football Federation (NFF) expressed this while reacting to the invasion of the League Management Company (LMC) office by Policemen on Wednesday.
“It has come to the notice of the Nigeria Football Federation (NFF) that on Wednesday, 21st September 2016, 4 (four) persons who introduced themselves as detectives from the FCT Police Command went to the office of the League Management Company (LMC) ostensibly to arrest its Chairman, Mallam Shehu Dikko (also NFF 2nd Vice President) and its COO, Alhaji Salihu Abubakar, allegedly pursuant to a Jos High Court order in flagrant abuse of the time honoured decorum of our judicial system where the Orders of the lower courts stand suspended when an appeal has been entered in a higher court and an application for Stay of Execution duly filed,” it said.
The statement explained that the entire football family has raised its voice time and again against those plotting to derail our football by using unwarranted and dubious litigation.
“We at the NFF as custodians of Nigerian Football and Licensors of the Nigeria Professional Football League reiterate the condemnation of the actions of these charlatans whose interest is contrary to the interest of Nigerian Football and indeed Nigeria. We remain steadfast in our support of the LMC and its officials and we will continue our quest for justice and ensure that Football is the winner at the end of this ugly incident.
“We ask that all clubs, club officials, league officials, football business entrepreneurs and indeed the millions of Nigerian Football Fans whose interests are affected by this brigandage should remain calm and rest assured that both the NFF and the LMC are taking all necessary steps not only to expose and end this continued fraud on our football but to once and for all expose the mafia behind the attempted rape of our collective will,” it added
It noted that as a federation, it fully understands the dynamics and intrigues of Football Laws and Civil Laws and how to relate with both.