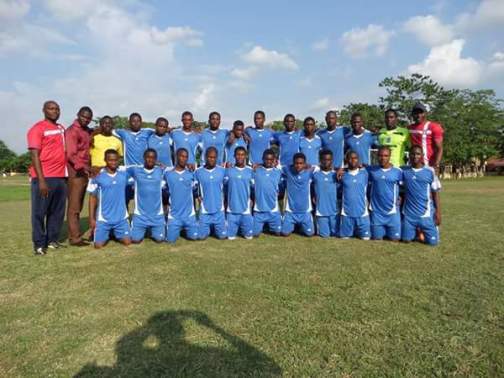 In its bid at discovering new talented footballers from Benue State and its environs, the Meridians Life Support Foundation (MELISFON)  is rolling out the Rebranded Benue Mock Africa Cup of Nations Football Tournament.
Information gathered by AUTHENTIC Sports Daily shows that the tournament is billed for kick-off on November 24.
According to Group Captain Patrick Okpobowei Akosubo (rtd), who reacted on behalf of MELISFON, it would be an avenue for scouts to recruit budding talents.
“It’s a Rebranded Benue Mock African Cup of Nations Football Tournament with Great Benefits to all participating teams and Players. Inform others that you know. We have done it before. We can do it Again and Butter for the New Generation if footballers in Benue State,” he said.
When our correspondent inquired further, it was gathered that each team to participate is required to register N6000 per Team and N500 per official or player for licences.
” Registration will commence from Monday 3rd October to 3rd November, 2016. Official Draws will be held on 7th November and Tournaments kicks off in 24 November at Aper Aku Stadium. Clubs are Free to features 3 professional players, including the likes of Jat Jay Oloche,” he added.