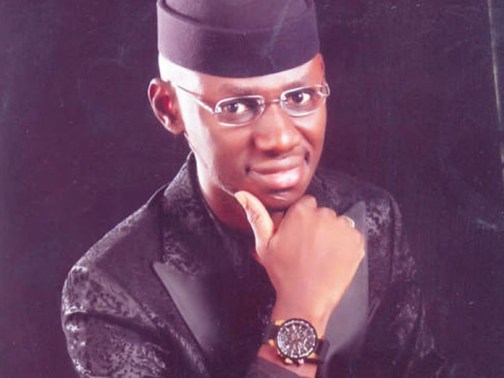 By Chris Suleiman, AbujaThe disturbing public outburst of the National Leader of the All Progressives Congress (APC) Asiwaju Bola Ahmed Tinubu has begin to elicit reactions as the Deputy National publicity secretary of the party, Comrade Timi Frank has demanded for an emergency meeting of the party’s National Executive Committee (NEC) and an investigation into the allegation of fraud raised against his national chairman Chief John Oyegun.Chief Oyegun has however, kept mute on the  allegations made against him despite their gravity.Addressing a press conference on Monday in Abuja, Timi frank, who said he had been vindicated about his earlier call for Oyegun’s removal as national chairman, also called on all well meaning members of the party to speak out like Chief Tinubu to rescue the party “from the hands of incompetents.”While giving Chief Oyegun a fourteen day ultimatum to call for emergency NEC meeting, the APC spokesman said if Oyegun fail he will mobilise NEC members across the country to lead massive protest against their national chairman.“I am given Oyegun 14 days from today to convene a NEC meeting to do so, I will mobilize members to demonstrate at the secretariat. I have started mobilizing NEC members to ensure that the APC leadership is made to do the right thing and summon a NEC meeting.“The founding father of our party, the national leader of our party has concurred to my earlier call that Oyegun should resign as the national chairman. That should let you know that I foresaw what they didn’t see. I knew from day one that the person we had as national chairman yes he has tried by taking the party where he feels he can take it but again you can’t give what you don’t have.“Today the BoT is not in place and an elders council, tell me today if I have issue where would I run to? Do I run to an NWC where Oyegun will preside over to drop my case that will not be answered? The answer is no.“If you have a BoT or an elders council you can take your case there. We cannot run the party as a one-man show. Let me tell a lot of my colleagues are complaining, a lot even in the NWC.“Today now it is Tinubu that is shouting, I can bet you, more leaders will still speak out but if we don’t do any thing to for this man to go.“Let me tell you this is what happened while we were in PDP. We were telling Jonathan that time ‘remove Bamanga Tukur’, this man is not competent to lead this party but they paid deaf ear to our calls that time, by the time that they removed him, it was too late. That was the result of the defeat of PDP today. “We must see how we can win the coming election in Edo, Ondo state, because if we don’t take any step to resolve these issues we will have ourselves to blame. This is my position and my call for the national chairman to resign.”