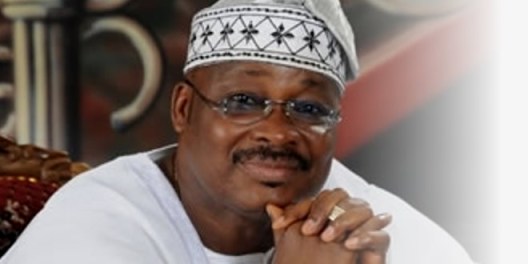 Stakeholders in the informal sector in Oyo State have expressed their readiness to contribute to the realization of the benchmark of N107bn Internally Generated Revenue targeted by the state government in the 2017 fiscal appropriation proposal.
The stakeholders led by the Presidents of Oyo State Markets Association and Canteen Owners Association of Nigeria, Oyo State Chapter, Alhaji Dauda Oladapo and Alhaja Amdalat Iyadunni Lawal respectively gave the assurances during an interactive session on 2017 budget of self-reliance analysis at the House of Chiefs, Agodi Ibadan at the weekend.
The state government had explained through the Commissioner for Finance, Budget and Planning, Mr. Bimbo Adekanmbi to the stakeholders, which included representatives of various Labour Unions in the state, Manufacturers Association of Nigeria (MAN), NGOs, Civil Societies, Market Men and Women and the Press, that the government is targeting the informal sector to boost its IGR, saying that the monthly projection valued at N5bn in the 2016 budget had been reduced to N4bn in the face of current realities.
While speaking separately at the budget interactive session, the leaders of the stakeholders pledged their support for the actualization of the government plans and consequently urged that funds realized from the taxes collected should be channeled towards citizens’ oriented projects.
The President, Oyo State Markets Association, Alhaji Oladapo explained that market men and women across the 33 local governments of the state are ready to pay their dues into the government coffers, adding “All the leaders of the markets in the state have met several times and we have agreed to support the government’s revenue drive through the informal sector. Our members wanted to start paying since 2016 but the government directed that we should wait till January 2017. We are waiting for them to come for the money.”
In her own submission, Alhaja Iyadunni Lawal said “We, the canteen owners, are ready to pay our taxes. We have over 8,000 members throughout the state and we are all prepared to pay our dues.
However, we want the government to always specify benefits of our members in the budget.”
The duo of the Secretary of the Nigeria Labour Congress (NLC) Oyo State chapter and the Vice Chairman of Joint Negotiating Council, Comrades Kofo Ogundeji and Eniola Kolawole urged the state government to adequately equip and release funds for the revenue generating Ministries, Department and Agencies (MDAs) for optimum performance.
The state commissioner for Finance, Mr. Adekanmbi, who was accompanied by the Commissioner for Information, Culture and Tourism, Mr. Toye Arulogun and other top government functionaries explained that the informal sector is critical in the actualization of the N207,671,495,300.00 billion proposed self-reliance budget for the 2017 fiscal year.
Adekanmbi noted that in spite of the low performance of the 2016 budget, the 2017 budget was evolved from a Zero Based Budgeting approach, which made it mandatory that every Budget item (Revenue and expenditure), was only included after strong and thorough justification, emphasizing that the priority of the Oyo state government shall be on Infrastructure, Agriculture, and its entire value chain, Commerce, Industrialisation, Education and Health while other sectors would also be given necessary attention.
The commissioner lamented that the IGR, which was supposed to be the other mainstay of the State’s income performed at 20.69% of the total revenue performance of the 2016 budget and about 29% of the actual recurrent revenue, stressing that the State Government’s efforts at improving the IGR had started with the restructuring and repositioning of the Board of Internal Revenue with the proposal of full autonomy and hoped that the effect of this (restructuring and repositioning) would be evident in the much desired enhanced IGR in the 2017 fiscal year.
According to him, “an average of Four (4) Billion Naira monthly is being proposed by the Board of Internal Revenue. This represents a 20% decrease when compared to the 2016 monthly projection of Five (5) Billion Naira. This projection is believed to be a more realistic estimate as we have married the actual monthly IGR average of N1.3B, to the positive expectation from the increasing understanding and positive disposition of the informal sector to payment of taxes.
“It is to be emphasized that it is not really that these categories of citizens were naturally averse to payment of taxes. The newly restructured BIR has only risen up to its responsibilities of sensitization, collection, storage and optimization of necessary Tax payer database”, he stressed.
He assured that the Senator Ajimobi led administration was committed to steering the state towards the path of economic viability by driving her fiscal management towards an improved and self-sustaining IGR regime promising that there would be efficient and effective utilization of resources through rigorous monitoring of the implementation and evaluation of the impact of projects and programs on the citizenry.
Adekanmbi listed Ministry of Lands , Housing and Urban development as the top generating MDA, remarking that the efficiency in the processing of title documents and other new innovations by the Ministry gives the government the assurance of a higher revenue yield of about Forty (40) Billion Naira.​