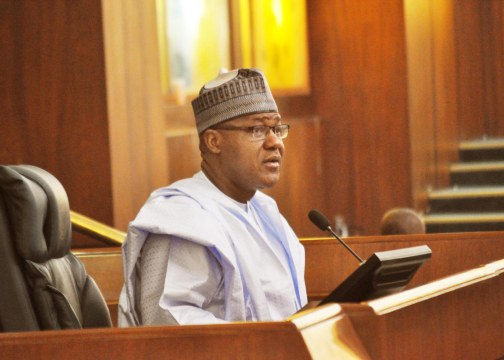 The House of Representatives has called on President Buhari not to foreclose the possibility of granting political asylum to the embattled President of The Gambia, Yahya Jammeh to end the political crises about to consume the young democratic state in West Africa if he makes such overtures.

It should be recalled that President Jammeh had conceded defeat in the December 1stPresidential election in The Gambia to his closest rival Adama Barrow after 22yrs of leadership only to make a u-turn and denounce the election result and has since began to shut down radio stations, a situation that made West African leaders led by President Buhari to seek for political solution that will enable Jammeh hand over power on the 20th of January without crises.

The House expressed its full support for President Buhari led Diplomatic efforts at stabilizing the volatility that could erupt in the country and expressed its solidarity with the parliament and people of The Gambia.

The House called on Buhari to extend Nigerias readiness to offer outgoing President Yahya Jammeh a safe haven in Nigeria to live securely as a way of ending the political stalemate in the country just as it mandated its committees on Foreign Affairs and Legislative Compliance to ensure that the executives gets all the legislative support to ensure that crises are averted in the Gambia.

The House made these resolutions Thursday at plenary following a motion by Hon. Sani Zorro on the “Call to offer a safe haven to President Yahya Jammeh as part of Nigeria’s mediation initiative for The Gambia”.

Hon. Zorro stated that the support of the Economic Community of West African States (ECOWAS) regional mediation efforts led by President Buhari to find lasting solution to the political impasse in The Gambia was inevitable, noting that “there is need to intensify preventive diplomacy to save the Gambia from descending into chaos with dire consequences for the West Africa sub-region, as a result of a likely armed conflict and mass displacement of persons”.

The lawmaker reminded his colleagues of Nigeria’s policy of extending safe-haven status to endangered African leaders as part of dispute settlement and that such gestures had, in the past been extended to Presidents Felix Malloum of Chad, Siad Barre of Somalia, Thabo Mbeki of South Africa, Charles Taylor and Yomi Johnson both of Liberia, a gesture the led to the settlement of the political war that could have consumed those countries.

However, Hon, Nnenna Elendu Ukeje (Abia) said that the country base on the constitution can only provide a soft landing for Jammeh so that the situation does not degenerate further while a more lasting alternative is worked out.

Hon. Mojid Alabi (Osun) called for caution on the status to the safe-haven so the Nigeria will not been seen as providing cover for dictators and leaders who have looted their country’s treasury but as a temporal measure to restore peace and political stability in the country, adding that asylum is not granted gratuitously but must only be granted if he requests for it.

In his contribution, Hon. Chidioka (Anambra) said that the issue of asylum has been overtaken as Jammeh is already in court in The Gambia challenging the result of the election and therefore should be allowed to get justice from the judiciary while the House Deputy Chief Whip Hon. Pally Iriase said that it will be pre-judicial to prepare an exit route for Jammeh who is in court and has not even approached Nigeria with such an offer.

Briefing the Press, the House Committee Chairman on Media, Hon. Abdulrazak Namdas(Adamawa) said that possible asylum to Jammeh in Nigeria is a cheaper option than allowing a full blown political crisis because Nigeria will not only contribute troops to quell the crises, but will also contribute resources and as well accommodate displaced persons who will come into the country as a result of the crises, thereby increasing the already overstretched refugee facilities currently occupied by the persons displaced by the Boko Haram terrorists, Herdmen – farmers crises and other national disaster.