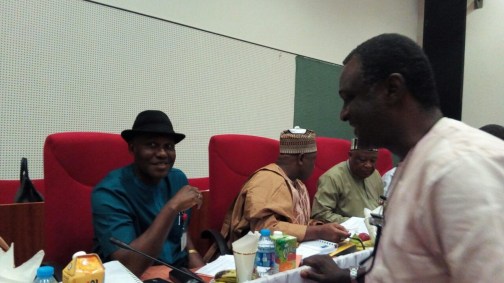 *says disrespect to NASS would no longer be tolerated

By AUSTIN OWOICHO, Abuja
Irked by the habit of invitees that always look for excuses to be absent, the Chairman of the Senate Committee on Works, Senator Kabir Gaya has vowed that  the committee would order for the arrest of individuals who fail to honour its invitations.

Gaya (APC-Kano), issued the threat at an Investigative Public Hearing on Wednesday in Abuja on alleged fraudulent award of contracts by the Ministry of Works in some parts of the country.
“We will not tolerate any kind of disrespect to the National Assembly; the Senate or House of Representatives.

“The Senate must be respected. The President came here and laid the 2017 Budget Proposal. We are legislators, this is our duty.
“I know the Minister is on leave and the Minister of State has gone for Exco Meeting. So, the Permanent Secretary should have been around or at least a director from the ministry.
He was reacting to the absence of the Permanent Secretary, Ministry of Works, and directors of the ministry, which prevented the hearing from taking place.
The Works Committee Chairman warned that such behaviour would not be tolerated in future, stressing that it was a thing of great concern that appointees of the Federal Government always treated invitations from the National Assembly with unseriousness.
Gaya warned that such development ought to stop, saying the inability of the legislature to take action must not be treated as weakness.
“We invited them here to come and explain to Nigerians but they are not here to explain and we cannot allow the government to be taking the blame for what is not fault of the government but the fault of staff who are supposed to do these jobs.
“We have shifted the public hearing forward and will put a new date. If again, they refuse to come, we will do what is within our powers.
“We will sign a warrant of arrest and ask the Inspector General of Police to produce whoever refuses to come.
“Therefore, if the permanent secretary or any person we invite refuses to come, we will sign warrant of arrest and ask the IG of Police to bring him here. If the IGP fails, then we will query him,’’ he said.
The Senate had arranged the  hearing, as a result of allegations by Coasterners Engineering and Building Services Limited.

They claimed that the processes leading to the short listing of contractors for the two projects was characterised by fraud, manipulation and disregard of the provisions of Public Procurement Act, 2007.
Gaya said the contracts in contention are the “LOT B2 construction of Mararraba-Mubi-Madagali-Michika road in Adamawa and Borno States.
“Another one is the LOT C3 – Rehabilitation of the Zaria-Hunkuyi-Kafur-Gidan Mutundaya road in Kaduna and Kano States.
“The petitioners blame the ministry’s staff and none of them is here, not even a representation.’’
He further said that “the committee will not take it lightly. This is a government that is fighting corruption. This is a government that is not ready to condone corruption.
“Accusations are going out against the ministry officials and they are not here to defend themselves.
“I don’t want to say we are assuming that they are guilty but the Senate has the powers to invite anybody to come if there’s any of this kind of investigative hearings.
“I remember when we were going to the sites; we saw that some contractors have written letters pointing out that some of the lapses in the execution of the contracts are from the ministry.
“President Muhammadu Buhari has provided funding for these projects and there shouldn’t be any delay in awarding the contracts.
“The president has presented a new budget for consideration and yet all the contracts provided for in the previous budget have not gone out.
“That was why the National Assembly reviewed the Procurement Act which we hope the president should sign, but it has not been signed,’’ Gaya said. 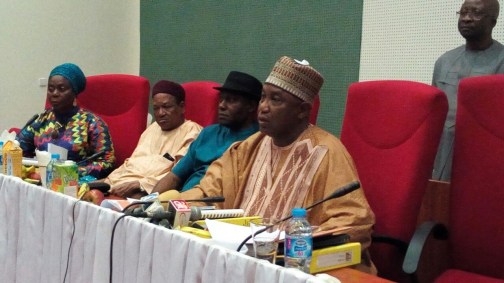