The Group Managing Director of the Nigerian National Petroleum
Corporation, NNPC, Dr. Maikanti Baru recently accused electricity
distribution companies (DISCos) of frustrating the efforts by the
government to stabilize of power supply in the nation.
The NNPC boss stated that the constant rejection of load by the
electricity distribution companies has been a major factor preventing
the evacuation of 4,500MW of electricity from the national grid to the
consumers.
“As we speak today, there is enough gas to generate about 4800MW and
6000MW by second quarter 2017 based on our gas supply plan, but the
power sector is presently struggling to evacuate 4500MW power due to
DisCos’ constant rejection of allocated load and transmission line
constraints.” Days later, the managing director, Mainstream Energy
Solution, Engr. Lamu Audu disclosed that DisCos, as well as the
Transmission Company of Nigeria (TCN), rejected generated power from
two hydro-power generating plants in Kainji and Jebba.
According to the Daily power generation statistics made available by
the Independent Energy Watch Initiative (I-WIN), it was revealed that
anaverage of399.82MWwas rejected by the DISCOs betweenthe 3rdand 13th
of March, 2017. It was also discovered that once power generation is
above 4,000MW the SO reports instances of load rejection by the
DisCos.
Despite these numerous allegations the distribution companies have
come out to state otherwise. While responding to questions from the
Independent Energy Watch Initiative (I-WIN), the senior corporate
communication officer at Yola Electricity Distribution Company (YEDC),
Mr. Kinsley Nkemneme said:
“There is no way we will reject power,specifically for Yola
Electricity. Let me remind you that our franchise area includes states
that have been affected by terrorist attacks occasioned by the
Boko-Haramterrorist group. Sowe know how important electricity is to
these people, we have no reason to reject power.”
He went on to say that electricity supply within the franchise area of
YEDC has become stable and satisfactory to its customers.
“Contrary to what has been said, electricity supply in our franchise
area has improved so much so that customers enjoy up to 18 hours – 20
hours of power supply daily; your team can verify my claim”.
Also, the corporate communication officer of Benin electricity
distribution company (BEDC), in a brief statement to I-WIN dismissed
the allegations stating that the company in its bid to provide stable
power to its customers have overdrawn power allocation from the
national grid.
“BEDC as a DISCO does not reject load allocation from the national
grid.  However, we have evidence to show instances where we have
overdrawn our allocation from the national grid”, he stated.
Again, Kaduna Electric in a press statement released by the team lead,
media and community relation, Idris Muhammad, maintained that contrary
to report, it has a maximum demand of about 500MW as verified during
the stress test conducted by the company in November2015.
Idris attributed the discrepancy between the load allocation fromthe
National Control Centre and the load taken by the company tosystem
instability and capacity limitation of transmission infrastructure.
According to him, TCN substations in Birnin Kebbi, TalatanMafara,Gusau
and Kaduna as well as some transmission lines within theCompany’s
franchise area are either aged or grossly overloadedand hence cannot
carry full load.
“It is practically impossible for our Company tostrictly adhere to
load allocation of the NCC due to auto underfrequency relay operations
of the TCN on the Kaduna town II 132KVline”, he contended
He argued that the situation was further compounded by the
frequencyand voltage control limitation operations the company is
subjected toby the intermittent instruction of the TCN.He appealed to
the authority concerned tourgently upgradethe 330/132KV, 90MVA
transformer T1 in Birnin Kebbi transmission worksCentre, to enable the
Company to improve power supply to Sokotoand Zamfara States. He also
called for the upgrading of thetransformers in Gusau and Kaduna,as
well as therehabilitation of the Funtua-Gusau132Kv line accordingly.
While reacting to the allegations, the secretary general of the
Association of Nigerian Electricity Distribution Companies,
Barr.Sunday Oduntan said the association members would not accept load
allocation at locations where such load isnot required/demanded.
“Why should I receive power from you in Kubwa when I asked you to
deliver power to me in Gwagwalada?”
He concluded by saying that power can only be distributed properly if
it is supplied promptly and where is it needed. 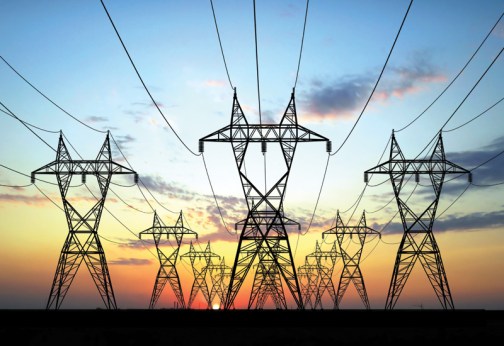